Mavenlink’s role-based planning capabilities allow you to assign roles to resources in your project templates. From here, you can add an unnamed resource when you create a project from a template or apply a template to an existing project.

Providing roles and assigning tasks to unnamed resources is useful when you're uncertain who will be performing the work. Unnamed resources can be assigned to a task and those tasks can be re-assigned to team members who join the project at a later time.

With Mavenlink's role-based planning, you can:

How to Add Roles to Template Resources

On the Project Templates > Resources tab, you can define the role and label for each template resource in both new and existing templates. The total number of assignments and estimated hours are calculated based on the template tasks to which each resource is assigned. These resources can later be mapped to account members or unnamed resources.

For more information about adding resources with roles to project templates, see the following articles: 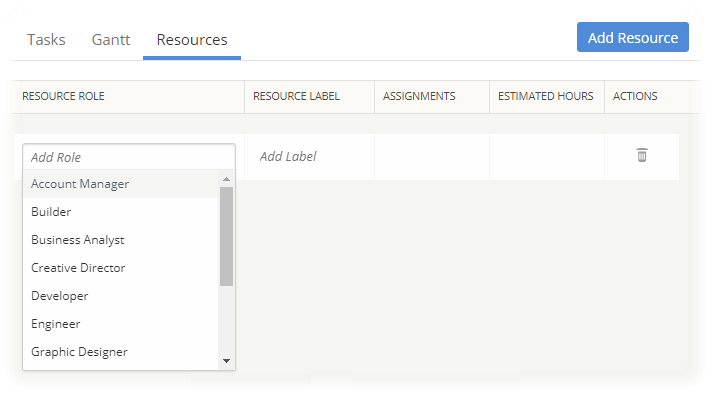 How to Map Template Resources

You can map template resources when you:

Each Template Resource can be mapped to a named or new unnamed resource when you create a project from a template. After the project is created, named and unnamed resources are added and assigned to tasks (populated from the template) based on the selections made in the mapping table.

From the Template Preferences section of the Create a New Project page, the following role-based planning options are available:

For more information about mapping resources and roles during project creation, see Create a New Project.

Mapping template resources works the same way when you're applying a template to an existing project. After selecting a template to apply to your project, you will be presented with the Apply Template modal where all of your Template Resources are shown in a mapping table. 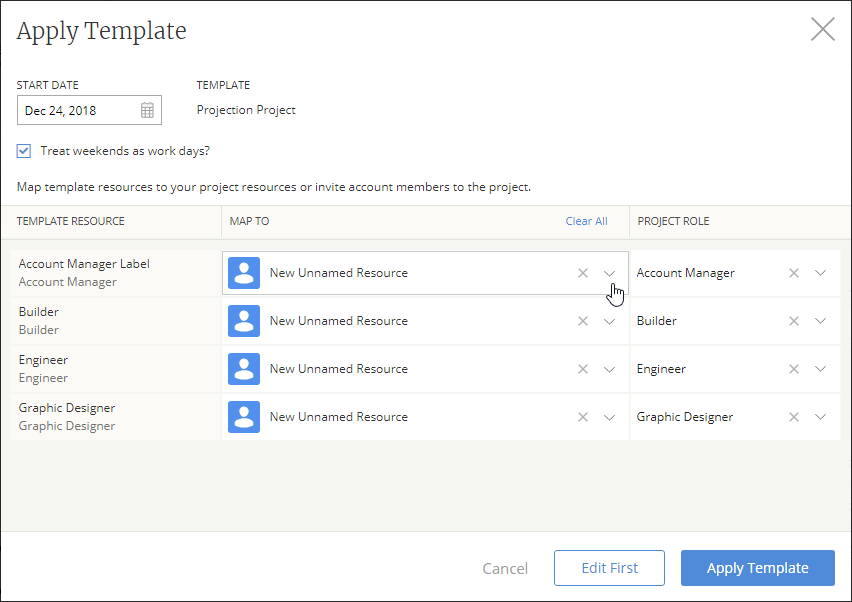 Here, you are able to make the following role-based planning options:

For information about applying templates to projects, see Apply a Template to a Project. 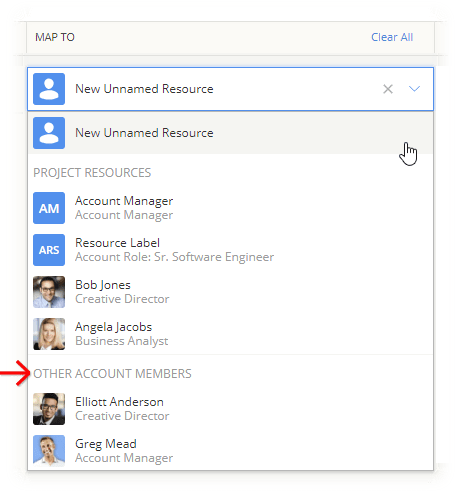 How to View, Select, and Filter Unnamed Resources

After applying a template, you can view and select unnamed resources that have been assigned to tasks from the Assignees column of the Project Task Tracker. 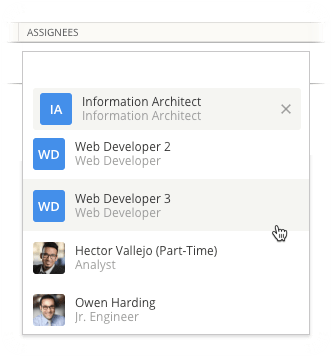 You can view and filter by unnamed resources when they are assigned to tasks across all projects from the Assignees column of the Global Tasks List. 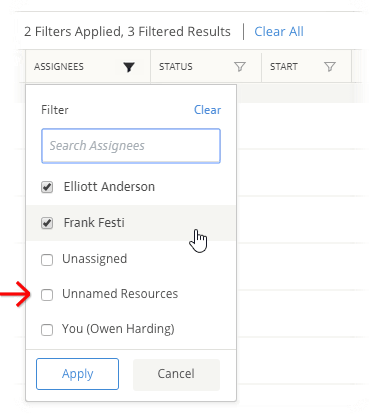 Ready to report an in-app issue? Submit a ticket
Thank you for your feedback!

David Forsythe
Join us at Mavenlink!