Account administrators can delete roles even if they are already in use. With this flexibility, you can ensure that outdated roles are not assigned for use by accident while still maintaining historical data where deleted roles were used in the past.

Roles can be deleted by navigating to the Roles page from Settings > Roles. 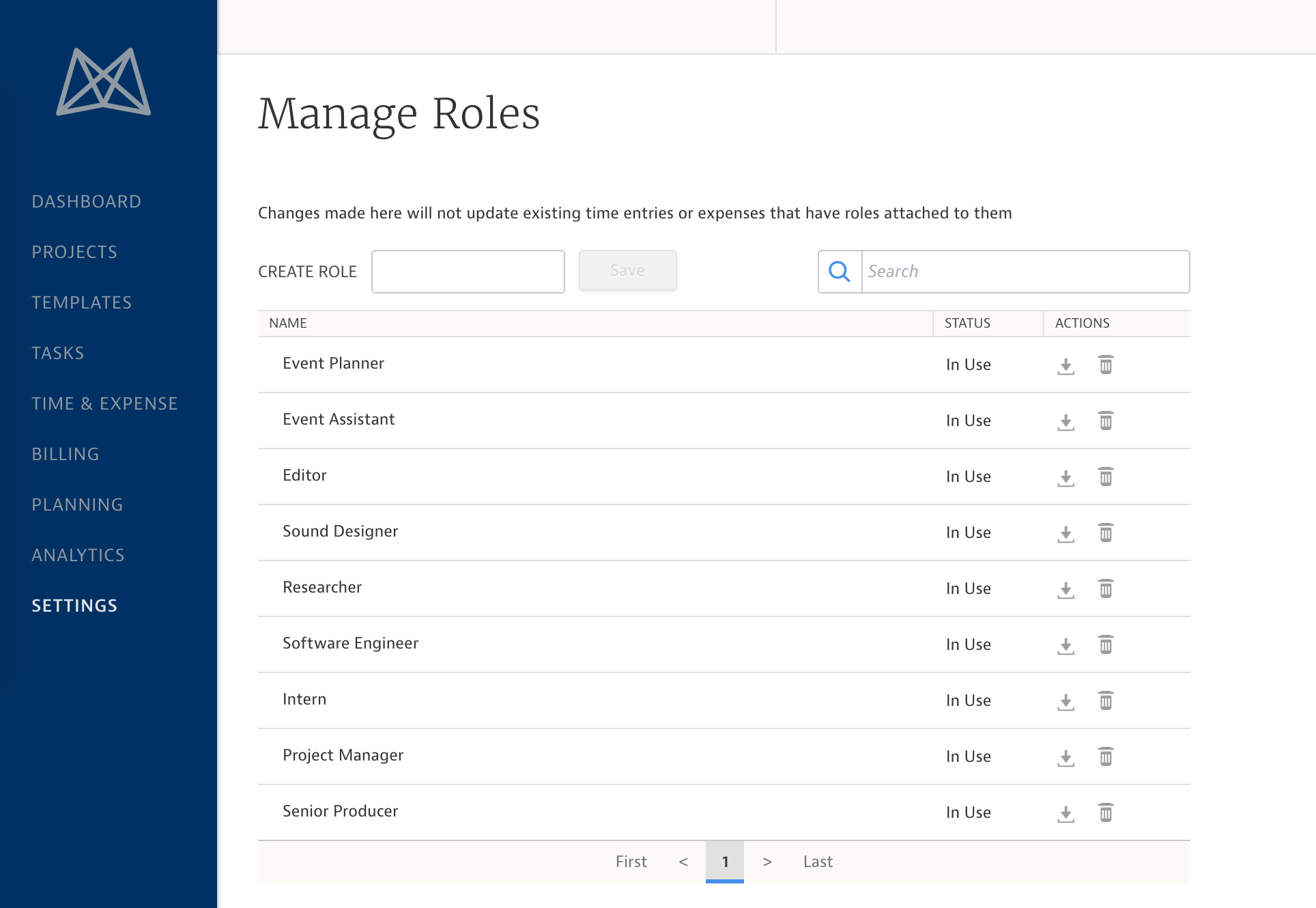 To delete a Role, select the Delete ( "  " ) icon. See the Account Roles article to learn more about how to delete a role.

Identifying where a role is in use

Deleting a role is permanent and deleted roles cannot be recovered. Before deleting a role, you may want to download a report using the download icon ( "   " ). The report includes a list of all the rate cards, users, and workspaces where that role is currently in use. This report can be used to perform any necessary clean-up of a role you wish to delete, or as a record of where a deleted role was used in the past.

After deleting a role

Gwynne Monahan
Join us at Mavenlink!